As per the various suggests, in the latest beta version of iOS, Apple is adding two new voices to Siri’s English offerings and removing the default female voice option. This means that when someone sets up Siri, they will be able to select their own voice and the voice assistant will no longer default to being female, a subject that has gotten a lot of attention in recent years due to sexism in voice interfaces. The beta edition ought to be accessible to programme participants right now.

The reports suggested that this is a good move forward since it encourages people to select their preferred voice without being affected by the default bias. The two new voices also add some much-needed versatility to Siri’s voices, allowing users to choose a voice that speaks to them from a wider range of speech sounds and patterns. Siri also has a male voice default in certain countries and languages. However, with this move, users will be able to make their own decisions for the first time.

As per various reports, a statement from Apple says, “we’re excited to introduce two new Siri voices for English speakers and the option for Siri users to select the voice they want when they set up their device.” “This is a continuation of Apple’s long-standing commitment to diversity and inclusion, and products and services that are designed to better reflect the diversity of the world we live in,” it adds.

As per various reports, the two new voices are created by combining source talent recording’s with Apple’s Neural text to speech engine, which allows the voices to flow more naturally through phrases that are formed on the fly. For iOS users, they’ll be a welcome addition of options. More sound, tone, and regional dialect diversity can only be a good thing about how inclusive smart devices feel. We’ve finally seen some action from Amazon, Google, and Apple in the last few years to actively correct situations where virtual assistants have exposed bias in their responses to questions that include derogatory or abusive language. If we continue to see an influx in voice-first or voice-native interfaces, changes there, as well as questions on social justice issues and overall accessibility improvements, are critical.

Many reports also stated that the Siri voices in Ireland, Russia, and Italy have also been upgraded to Neural TTS in this latest beta, taking the total number of voices using the new technology to 38. Siri currently processes 25 billion requests per month across 500 million devices and is available in 36 languages. The voices are available in English-speaking users around the world, and Siri users could choose from 16 different voices.

Bitcoin Payments to buy a Tesla 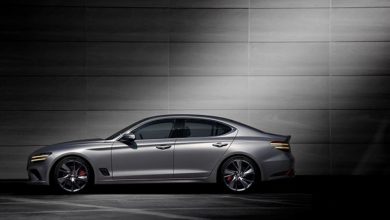